WITH A PLEDGE TO PRESERVE THE PLANET THROUGH SELECT NONPROFIT WORK, THE BELOVED MODERN MEXICAN CHAIN PLANS ONGOING SUPPORT OF ENVIRONMENTAL CAUSES

Rapidly expanding, fast-casual restaurant Tocaya Organica announces the launch of Tocaya Life Foundation. The company’s new charitable arm is dedicated to social and environmental causes throughout Southern California and beyond such as sustainability, alternative farming, and ocean preservation. In line with the foundation’s debut, Tocaya Organica introduces its “Wave Tank” initiative in October as part of its ongoing mission to align with nonprofit organizations who share a commitment to the environment and bettering our planet. Similar to the concept of “Shark Tank,” Tocaya Life Foundation’s initiative will invite three nonprofits each quarter to pitch a panel comprised of the company’s executives—including President Mikey Tanha, CEO and Co-Founder Tosh Berman, Chief Operating Officer Rudy Sugueti,  Foundation Manager Jordan Yorn, and Chief Marketing Officer Matt Smith—on why Tocaya Organica should partner with their company. The first-place winner of Wave Tank will be named as the restaurant’s official partner for the upcoming quarter, during which the two companies will work together to create new dishes for Tocaya Organica or select an existing menu item, with a portion of its proceeds to be donated directly to the charity. In addition to financial donations, Tocaya Organica will also help the nonprofit grow from co-branding efforts, in-store features, and marketing content. Nonprofits that place second and third during the quarterly competition will each receive a cash donation—$10,000 and $5,000 respectively—rewarding each organization with a substantial monetary investment from Tocaya Life Foundation to kickstart their campaign and future fundraising efforts. 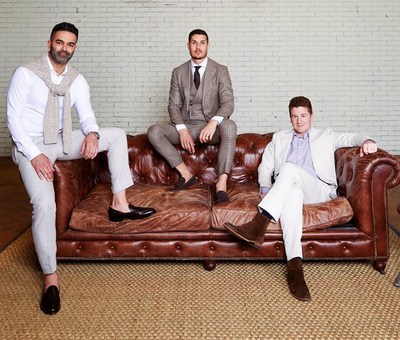 “As a vegan-first, California-based brand, the environment is monumentally important to us, so we put our heads together to think outside the box to come up with specific and immediate ways that we can give back. We are eager to launch Tocaya Life Foundation’s Wave Tank and begin working with innovative companies that share the same passion as Tocaya Organica for making the world a better place for ourselves and for future generations,” says Berman. Tanha adds, “We are intentionally and excitedly launching an initiative that is central to our brand identity in every way. While we have empathy for numerous causes, we are nothing without our environment, and Tocaya Organica is committed to keeping our eye on the ball and taking the necessary steps to initiate gradual, yet long-term change.”

In addition to Wave Tank, Tocaya Life Foundation has plans to launch several other meaningful initiatives later this year both in the restaurants and internally as a company, such as Heart of the House, bringing waste and sustainability conversations to the back-of-house operations; Round Up for Charity, rounding up a guest’s check by adding change that is given to a charitable organization; and Service Time Off, an employee benefit allowing the team to take pride in serving the cause and getting out in the field.